Capnography is the only tool in the universe that is non-invasive, in real time and simultaneously assesses a patient’s airway patency, quality of breathing, perfusion/shock status and metabolic state.  How does it work?  What does the waveform tell you vs. the number?  The waveform tells you about the airway and everything else is determined by the number.

The shape of the waveform is the shape of the airway and should be the focus to determine if the patient is maintaining their own airway, the tube is properly placed, the supraglottic airway is at the right depth, etc.  If the waveform shape looks like a boxy mountain with a flat, plateau top, then that breath is patent.  Furthermore, if you have “a box” 3-6 ventilations after intubation, you have 100% tracheal placement regardless of what your ancillary placement tools tell you and regardless whether it is a tiny box with an ETCO2 of 8 or a large box with an ETCO2 of 60.  This is why waveform capnography has been an AHA Class I recommendation since 2010 as the most reliable means to confirm and monitor tube placement.  NEED GRAPHIC FOR A NORMAL WAVEFORM SHAPE.

Once a patent airway is confirmed via waveform assessment, the ETCO2 number tells you about the quality of the patient’s systems: breathing, circulatory and metabolic.  The ETCO2 number actually provides some of the deepest insight into the patient’s physiology.  This is not to say that waveform assessment is not important.  To the contrary, ETCO2 cannot provide any insight into airway patency.  Nor, can the shape of the waveform provide insight into the severity of shock.  Instead, both are equally important as they assess different things.  Together, they complete a synergistic marriage to provide a complete, quantitative clinical picture.

First things first; eliminate from your vernacular that a “normal” ETCO2 is between 35-45 mmHg.  Is this true?  Yes.  But, it seems to trick people into thinking that their job from an ETCO2 number perspective is to keep the patient between 35 and 45.  That is like saying the “norm” for an adult asthma patient is a respiratory rate between 12 and 20 and a septic patient’s heart rate should between 60 and 80.  An ETCO2 of 35-45 is a range for healthy people, not sick people.  Really sick patients will NOT have an ETCO2 of 35-45.  While knowing the norm is important, make sure you take the next step to be able to identify a deviation from the norm and what it means for your patient.  An ETCO2 out of the norm is a number greater than 50 or less than 30.  The four causes of low ETCO2 are discussed in its own series of articles.  For now, let’s make sure we understand what high ETCO2 means for our patients.

If a patient has an ETCO2 greater than 50, there is a ventilation problem…period.  Sure, there are other more obscure causes of high ETCO2, such as hypermetabolic drive of excited delirium or metabolic alkalosis.  But, these are rare causes and should be way down the differential diagnosis list.  Why do ventilation problems, such as COPD, asthma, CHF, pneumonia, narcotic overdose etc. raise ETCO2?  If your patient cannot effectively ventilate off the carbon dioxide being delivered to the lungs from the cells, the pressure builds raising both your body’s internal CO2 pressure (PaCO2) as well as the CO2 pressure detected by the capnography device at the lips (ETCO2).  This explanation assumes the patient is maintaining adequate tidal volume.  Once your patient’s tidal volume falls to inadequate levels, as seen in respiratory failure or a deep narcotic overdose, ETCO2 will fall despite a rising PaCO2 because tidal volume is the delivery mechanism from the lungs to lips in the same way that the circulatory system (perfusion and cardiac output) is the delivery mechanism from cells to lungs.  This counter-intuitive phenomenon is discussed in depth in a later article via a CPAP case study.  If a poorly ventilated patient is improving, the clinical picture should support improvement (better color, pulse ox and work of breathing) coupled with an ETCO2 that is gradually decreasing as ventilation effectiveness is restored.  Be realistic in how much hypercapnia you will correct.  If the initial ETCO2 pressure on a COPD exacerbation is 65, delivering them to the ED with an ETCO2 of 55 is significant improvement!  It took the patient hours, maybe longer, to arrive at hypercapnia; it could take hours to correct despite the right therapies.  More than likely you will not deliver them to the ED with an ETCO2 of 35-45.  WE NEED A GRAPHIC OF SOME KIND WORKED INTO THIS PARAGRAPH…IDEAS?

In summary, first confirm the patient has a patent airway via waveform analysis before moving on to the number to determine breathing, shock or metabolic issues.  Do not consider other causes of high ETCO2 until you have spent significant time ensuring your patient’s ventilations and respiratory system is supported.  Honestly, excited delirium and metabolic alkalosis as a cause for high ETCO2 are so rare, discussing them really is something we would do just to fill a CE.  If you happen to run on the free soul running naked all over the highway that goes unconscious and they have an ETCO2 of 57, ventilate, ventilate, ventilate.  If it is still high, ventilate again.  If ETCO2 is still high, have your partner double check you.  Spend SEVERAL minutes on ventilation before you get into the weeds of hypermetabolic drive and/or metabolic alkalosis as a cause for high ETCO2.  99 times out of 100, high ETCO2 occurs because a patient is poorly ventilated. 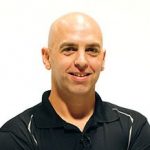 What is Capnography?
Pulse Oximetry, ETCO2 and PaCO2
Waveform Analysis vs. Physical Assessment In Respiratory Patients