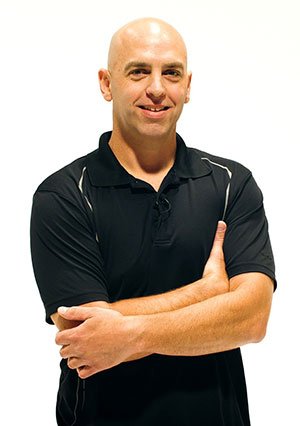 Troy Valente (pronounced “va-len-tee”) was born and raised in California and has lived in Northern Colorado since 2001 with his wife (a NICU nurse) and 2 kids.  Troy started his EMS career in 2002 becoming a paramedic in 2006.  Prior to that, he attended Pepperdine University and The University of Northern Colorado receiving a bachelor’s degree in Exercise Science with a Sports Medicine minor.

Troy was first turned on to capnography during his field preceptorship in paramedic school.  Carbon dioxide production and elimination, as well as the effects on acid/base balance, was something very familiar to him from his studies in exercise physiology and his personal experience as a competitive collegiate endurance athlete.  This background was a great segue into capnography and he quickly developed an appetite for more knowledge.

He soon realized that unless he caught a yearly presentation at an EMS conference or the occasional article, there were limited opportunities for learning more about capnography as it relates to paramedicine; no book, nothing.  His only option was sifting through blogs and talking to other medics hoping that the information he obtained was accurate.  Hence, his book evolved as a diary of his learning process in hopes that other paramedics who wanted to learn about capnography in EMS could do so with better ease in the future.

In July of 2008, Dr. Baruch Krauss agreed to mentor Troy through the writing process and ensure that he was being accurate in the application of capnography into EMS, particularly when discussing non-intubated applications as the research in this area was very limited.  Dr. Krauss is an internationally renowned capnography researcher and educator who works as an attending physician for Children’s Hospital in Boston and is an Associate Professor of Pediatrics for Harvard Medical School.

Troy published his book, “Capnography, King of the ABC’s; A Systematic Approach for Paramedics”, in 2010.  It is the first of its kind written by a paramedic for paramedics to use in their everyday medicine.  His book quickly pushed him into national education.  Troy has been contracted by various manufacturers, conferences and agencies for education and content production.  Feel free to reach out directly to Troy via email: capnography@pulmodyne.com