CARLISLE, Pa. – New guidelines are now in effect that requires EMS crews to stay on scene longer for patients who are critically ill.

Pennsylvania’s “Basic Life Support Protocols” were implemented on Sept. 1 and makes first responders stay on scene for 20 minutes longer before going to the hospital.

The move comes as researchers in Pittsburgh found it is better for patients to stay on scene longer, ABC 27 reported.

“Unfortunately, in the emergency medical services, a lot of how people perceive us is based on how quick we are. Are we moving to the hospital fast enough? Are we just very super-fast taxi cabs? And that’s not where the industry has evolved. We’re bringing the emergency room to you,” Cumberland Goodwill EMS Assistance Chief Nathan Harig told ABC 27.

“In the old way of doing things, by moving them, we would actually see more patients go into cardiac arrest in the back of our ambulance. And these are the sickest of the sick, so we just have to recognize, as providers, we can do this. We can take care of the patient and implement all the stuff we learned and all the tools we brought to the patient,” Harig said.

According to Pennsylvania’s “Basic Life Support Protocols” report, anyone with “abnormal” vital signs should receive more monitoring and should not be released until vital signs are within “normal” parameters.

“Personnel with continued abnormal vital signs after 20 minutes in Rehab should be treated per applicable protocol which may include transport to the Emergency Department,” the report reads.

Harig told the station EMS crews are ready and he hopes the public understands the change. 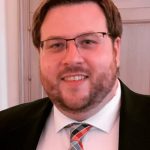 Jeff Frankel is the managing editor of the Journal of Emergency Medical Services.